Mick Orton of THE SILVERS Visits Childhood Homes of The Beatles 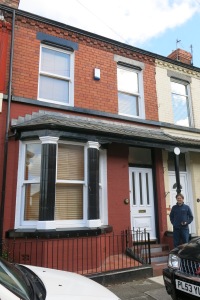 Mick in front of John’s house

Before I go too far, I want everyone to know that I have offered the other guys the opportunity to post on this site. To date they have not contributed much despite my urging. Eventually, I am confident this will become more than just my ramblings, but for now… 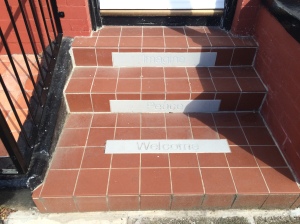 Here are several pictures you Beatles fans might find interesting. On our cab tour we made a stop at the following homes:

1)John Lennon’s childhood home until the age of 5, #9 Newcastle Rd. now owned by Yoko Ono who had the words “Imagine”, “Peace” and “Welcome” placed in the steps. The number 9 was very important in John’s life. 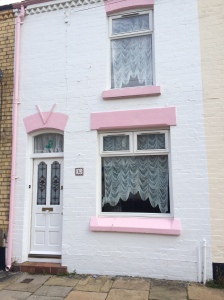 2)Ringo Starr’s childhood home at 10 Admiral Grove. I believe we were told it had just been purchased and still remains empty. We were able to look in the window without bothering anyone… Talk about SMALL rooms! 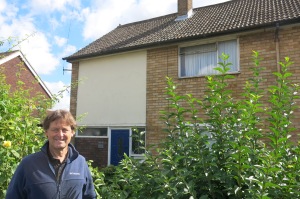 3)George Harrison’s childhood home in Wikipedia is not the same picture as the one on The Beatles tour. Here is what we saw (and there were many other groups stopping by this house). Hopefully I can update this later with more research. 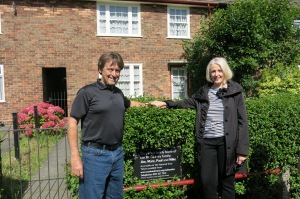 Mick and Janis in front of McCartney Home

4)Paul McCartney’s family home at 20 Forthlin Road. As we pulled up there were four guys dressed up in Beatles outfits out front as our cab pulled up. They were probably impersonators from Beatles Week having a look around Liverpool. 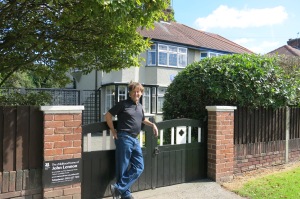 5)Finally we have a later home that John Lennon lived in with his Aunt Mimi and her husband at 251 Menlove Avenue. A replica bike exactly like the one John had as a kid is propped up in the exact same place against the wall outside in the drive. I am posing in a similar position as a childhood photo we saw of a young John Lennon leaning against the gate (below). 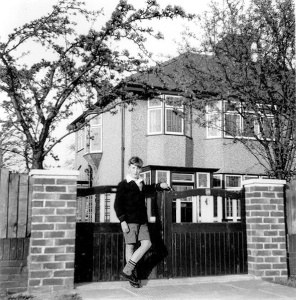