Silver Laughter’s “Rock And Roll Game” from “Sailing On Fantasies” 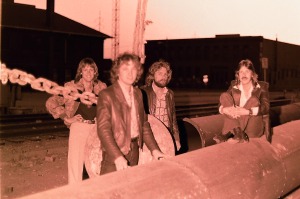 Click on the link above to hear the MP3 version of this song from our second album, “Sailing On Fantasies”. Though the band members have gone their separate ways, the music still lives on.

This photo is another outtake from the 1978 photo session where Art was behind the camera.

Like Loading...
‹ The Silvers “Running Away” Hits #1 for Pop Music Iowa – #21 in USA for All Genres!
Jon and Kim After Silver Laughter ›